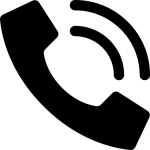 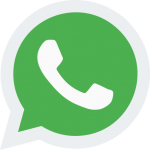 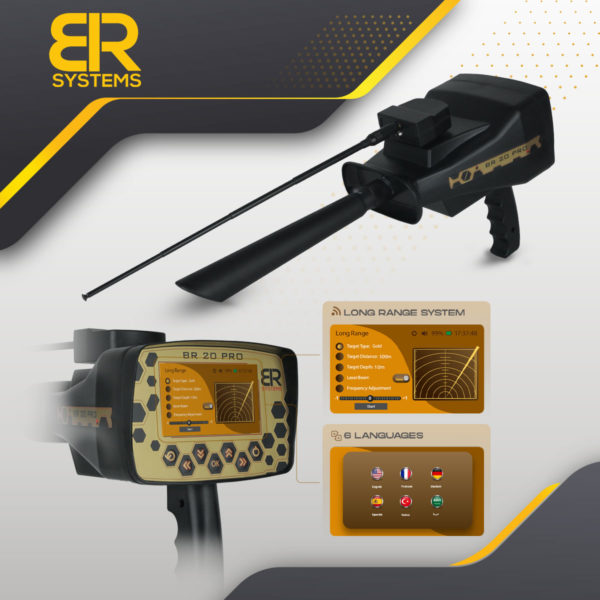 BR 20 PRO
Back to products
Next product 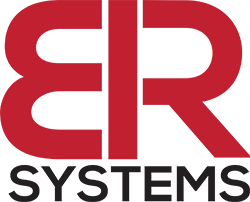 The BR 100 Pro, the new version, is a new, modern technology that combines detection systems from long distances and vertical detection of targets. This device is a very convenient option, We have developed this device and manufactured it in a way that makes it one of the most important reagents used among researchers and prospectors for treasures buried underground.

Please make sure to write the email correctly to ensure you get a response.

We welcome your inquiries

Please make sure to write the email correctly to ensure you get a response.

The user of the new BR 100 Pro device can reach valuable targets and precious treasures easier and faster than before. This device provides all the user needs of techniques that help him in most surveys and vertical and horizontal detection and in line with all lands and terrain, as this device includes: All detection systems from long distances horizontal in addition to the vertical detection system Magneto scan.

You can operate this device and choose the type of target to be detected until the device starts directing you to the target location and then verify this target through the vertical detection system that can confirm the target signal through audio and visual indicators on the screen and indicate the intensity and size of the target signal and confine it to a small circle.

This device is supported by newly invented technologies and software that are exclusive to BR Systems.

The BR 100 Pro device works with 3 modern scientific systems specialized in detecting gold, treasures and precious metals underground. These systems have been updated and developed over many years to invent an accurate and integrated scientific device that can deliver you to your targets in a short time.

The new look: a modern mechanical design and an ideal size that helps the prospector better to move and conduct detection operations very quickly. The parts and accessories of the detection systems attached with the device all come in one bag of standard size and weight that is more suitable for quick detection and exploration operations.

Ease of use in any electronic product is the first means of success for the user, and this product has been designed to be very easy to use, so all people can use this device in an uncomplicated manner at all, in addition to flexibility in dealing with all systems of the device.

All the transmitted and received signals in this device have been studied and tested by BR Systems over many years, and we have relied on scientific and practical experiments on the ground, and this resulted in the issuance of a very accurate scientific device that can easily and quickly discover potential targets and move away by 99% from All fake signals emanating from the soil. 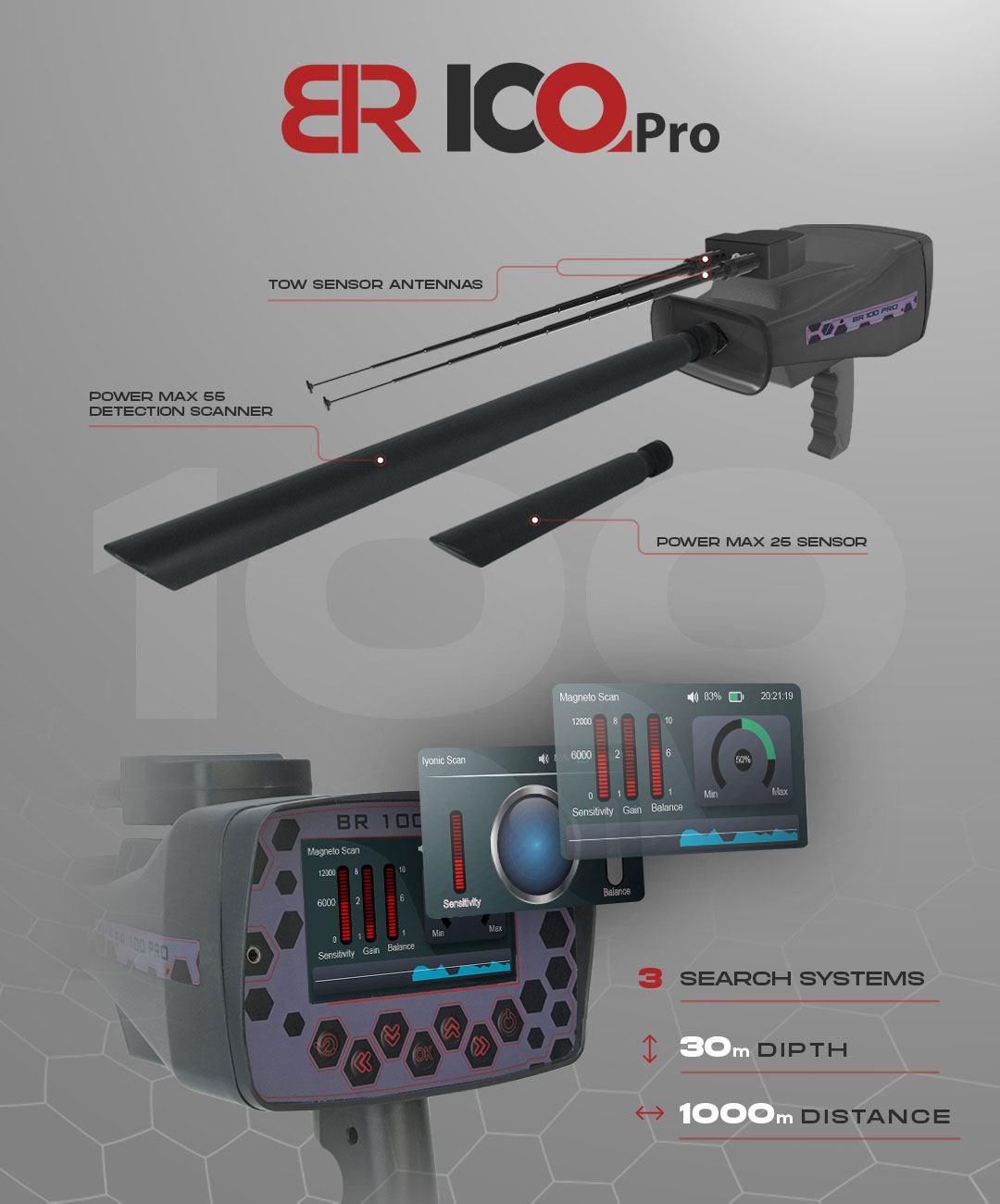 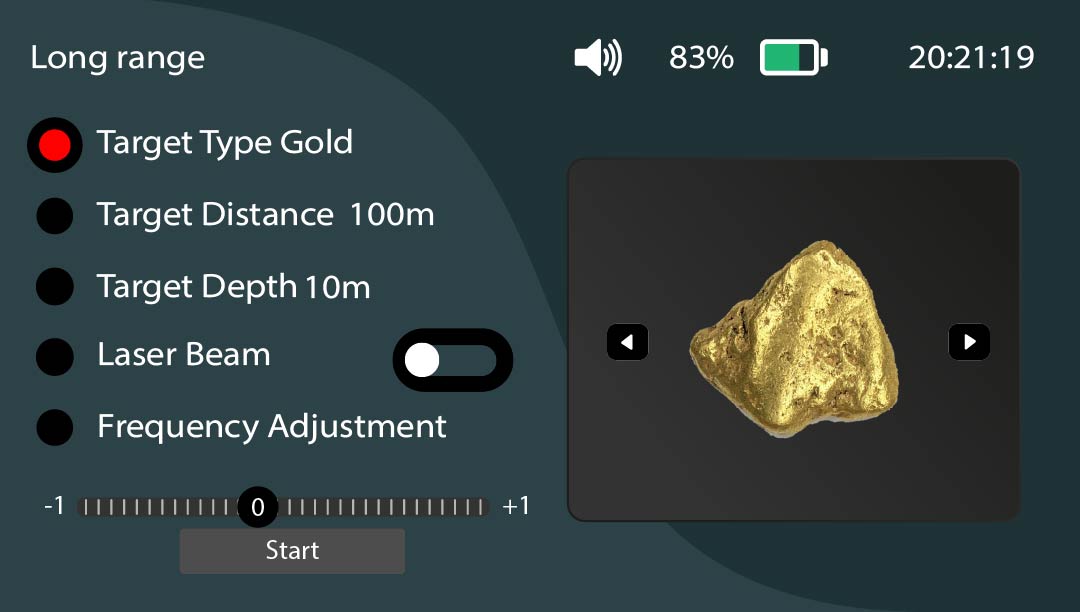 BR Systems has been working for ten years to develop and update long-range detection systems and to reach the best and most effective technologies in discovering gold and treasures from long distances, through permanent experiments on the ground, so that its products are always at the forefront and most widely used among prospectors around the world.

The horizontal sensing technology (Long Range Locator) in the BR100 Pro is based on scientific foundations and modern technologies that have been developed and designed by BR Systems recently, as it is characterized by high accuracy and efficiency in detecting potential targets in the surrounding area in a short time. This system chooses the type of target to be detected, and the device will automatically start directing you towards the target in the area until it reaches you to the target center immediately.

This system is characterized by the speed of tracking targets from long distances of up to 1000 m, and this is done with high detect accuracy and 100% correct orientation.

It works in all different types of terrain and on all types of soil, whether arid or wet.

This device is equipped with a new technology to filter the transmitted and received signals to maintain an accurate and pure signal away from any interference caused by ground radiation emanating from the rocks and the natural mineral interference in the soil. The real targets in the area with great accuracy and away from any mineralization or radiation present in it, and this also enables the use of the device in all rugged areas and different terrain at all times. 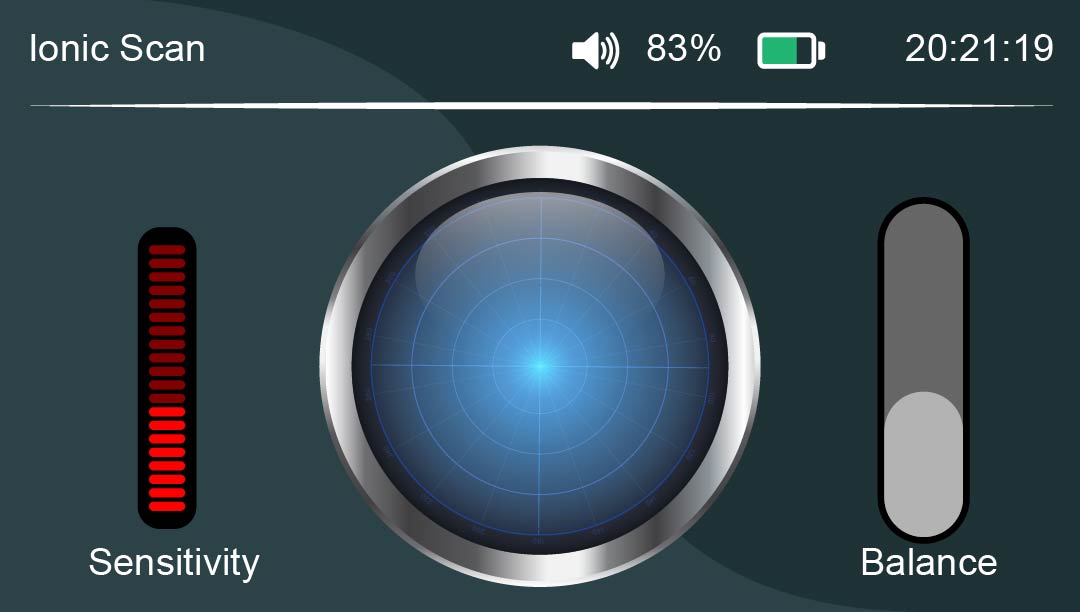 You can find potential targets in the area by operating this system and walking with it for a short time until the device starts sending signals in the soil based on stimulating the ionic fields formed around the buried gold, and the interactive process begins between the signals sent from the device and issued by the buried gold metal until the device issues signals Sound alerts, in addition to moving indicators on the screen, indicating the discovery of a golden target in the area, and the user begins to walk with the device in the direction of the signal, and this signal increases as the device approaches the target until the target point is reached and standing on it.

Among the advantages of the long-range ion detection system : 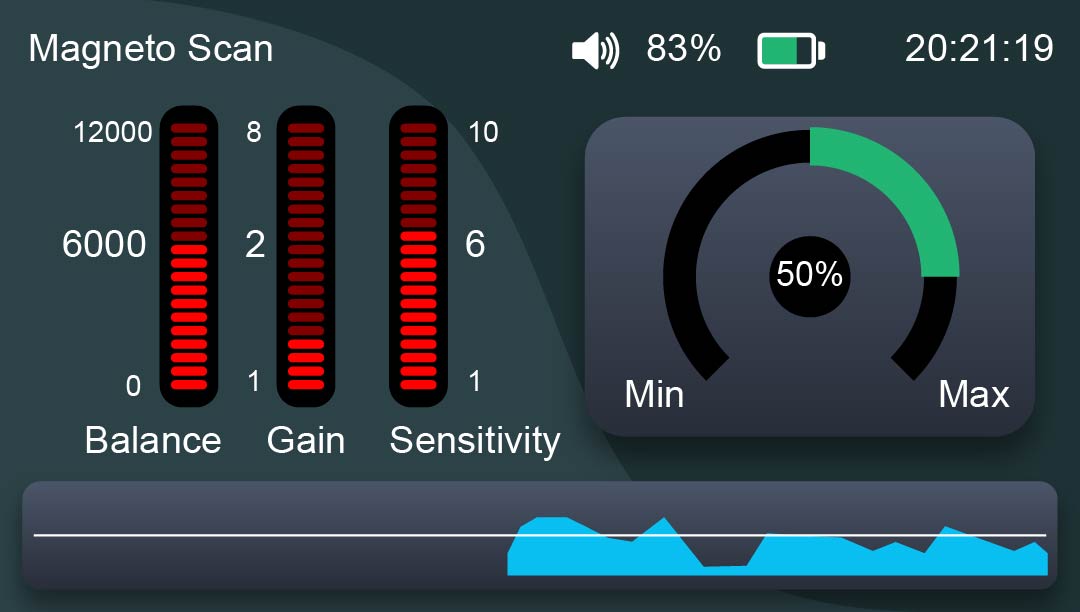 The new BR 100 Pro is equipped with magneto scan technology to search for buried metals, caves and underground voids in a vertical way

This system detects metal targets and caves that have caused a change in the natural magnetic body in the soil, through which this system can detect buried metals and artificial voids underground and determine it on the screen if the detected target is a buried metal or a void.

This system is equipped with the new Power max 55 sensor, which is small in size and effective to quickly detect targets and has a high response.

When a specific target is identified and the prospector begins digging a hole of up to 2 square meters or more, it is preferable to use this system within the hole to walk with the target and seek displacement in the hole.

This system helps to alert the user of approaching the target based on the indicators on the screen, which change up or down.

The automatic ground calibration (AGC) with soil is an invention of BR Systems. The automatic balancing technology has been added to this system to accurately identify the device on the soil before starting the survey process. Calibration is done within seconds only, which helps the device to know the type of soil to be surveyed, and this results in moving signals away The device sent completely from all the radioactive signals emanating from the ground, especially from metallic rocks and other similar rocks or mineral dust in general. 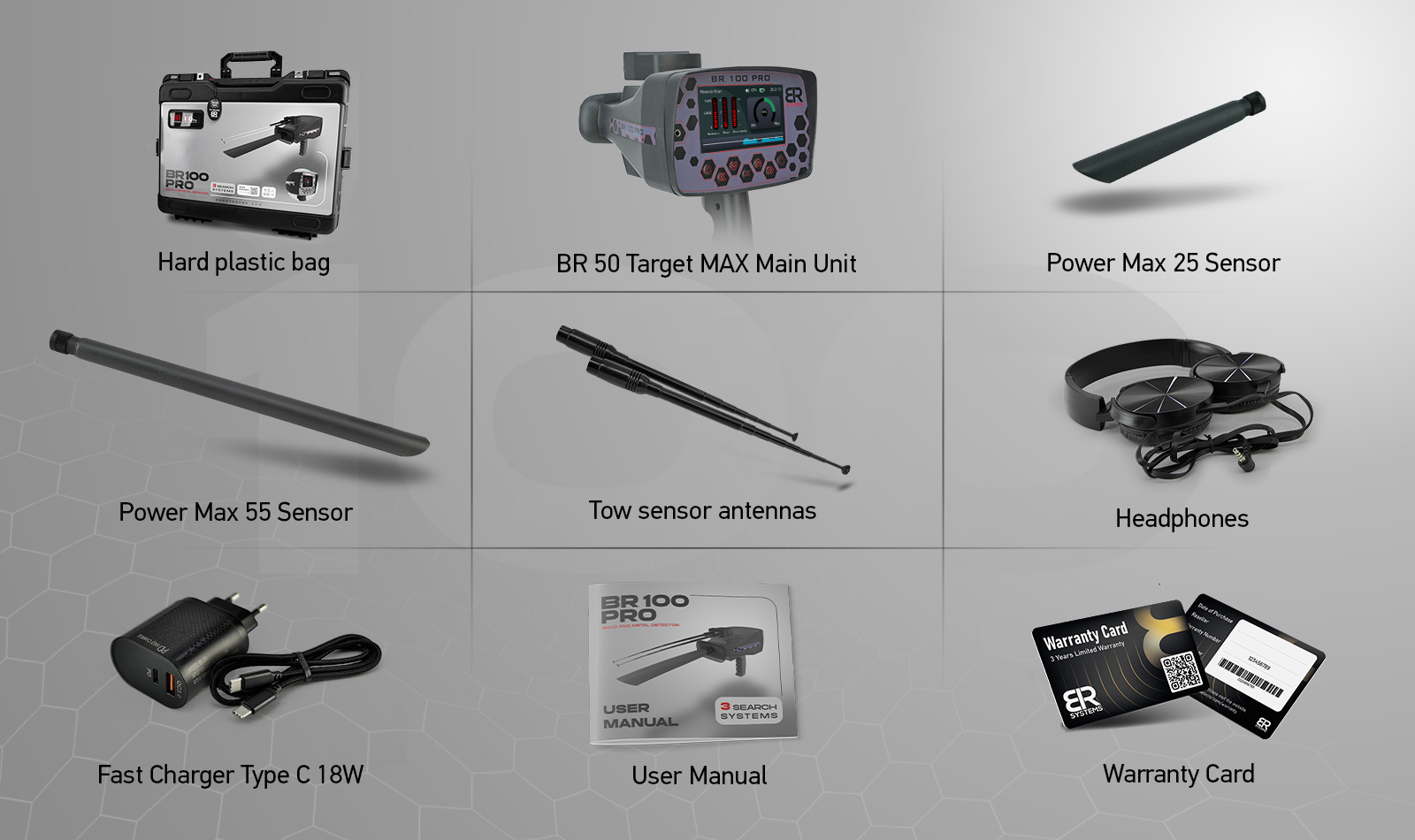 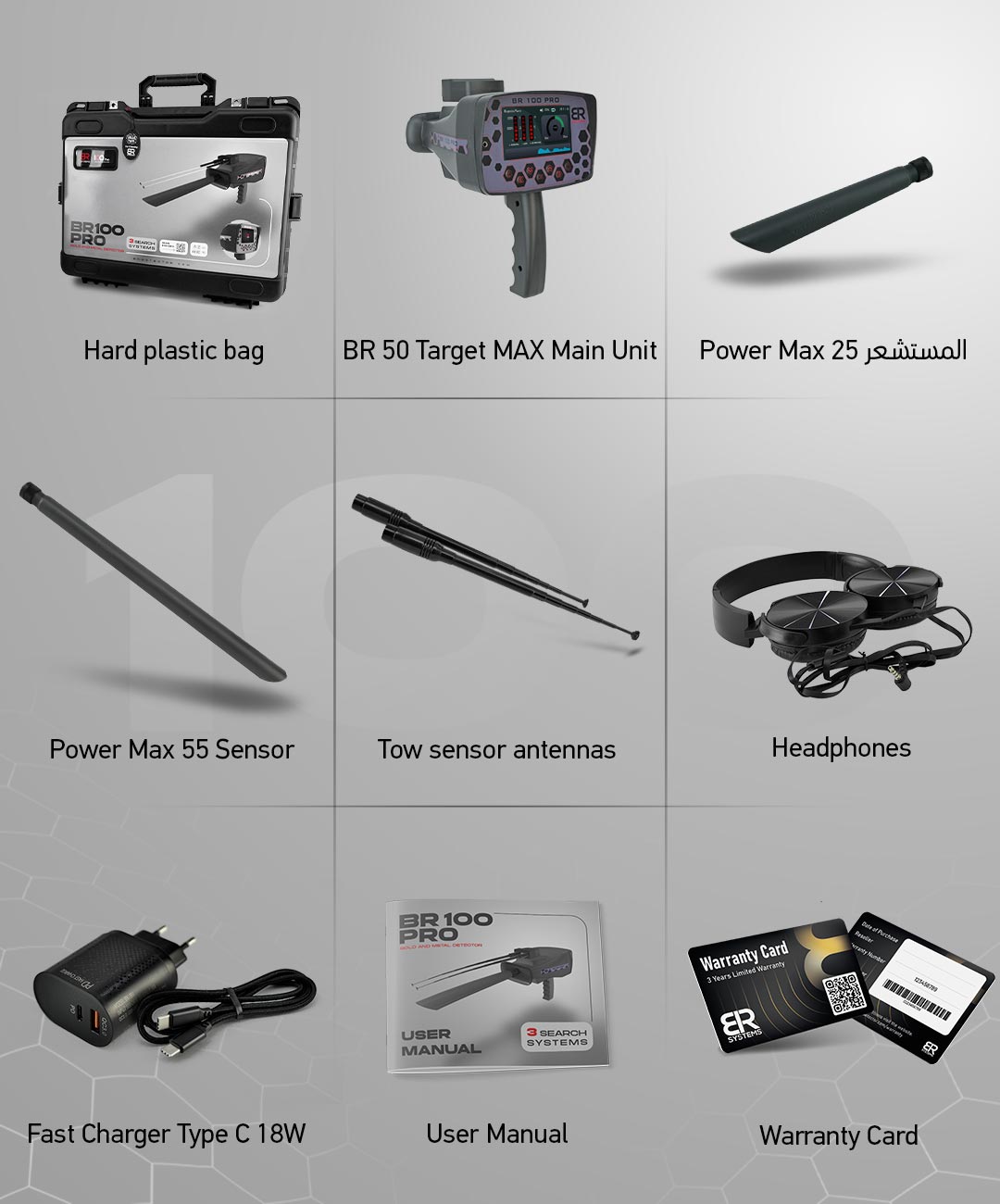 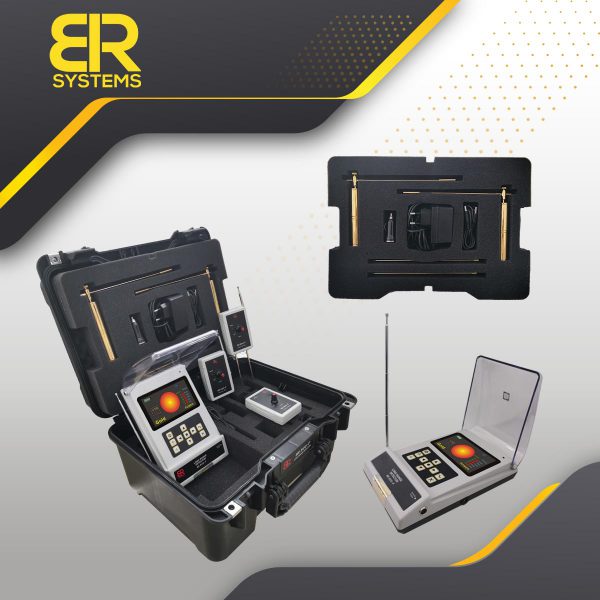 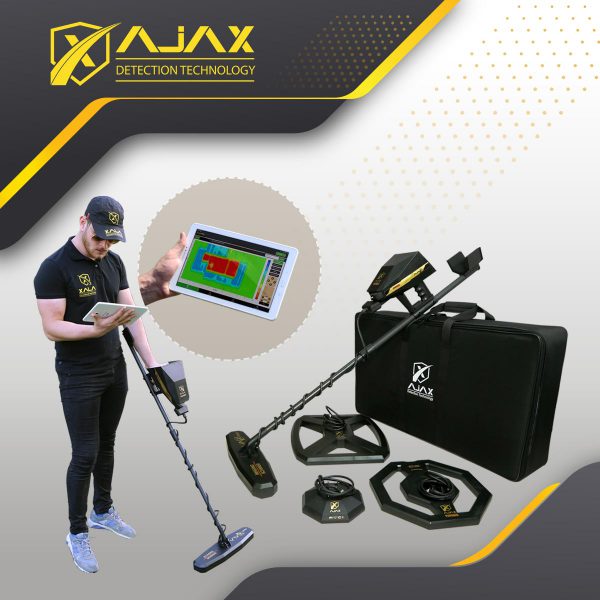 9 Systems for gold detection depth up to 50M underground 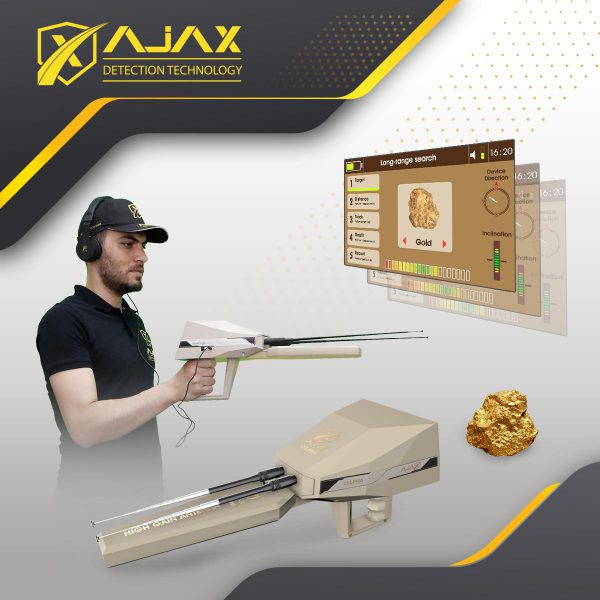 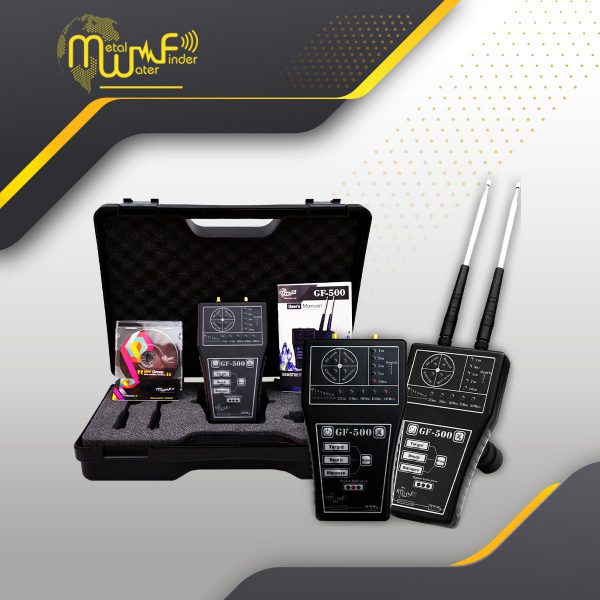 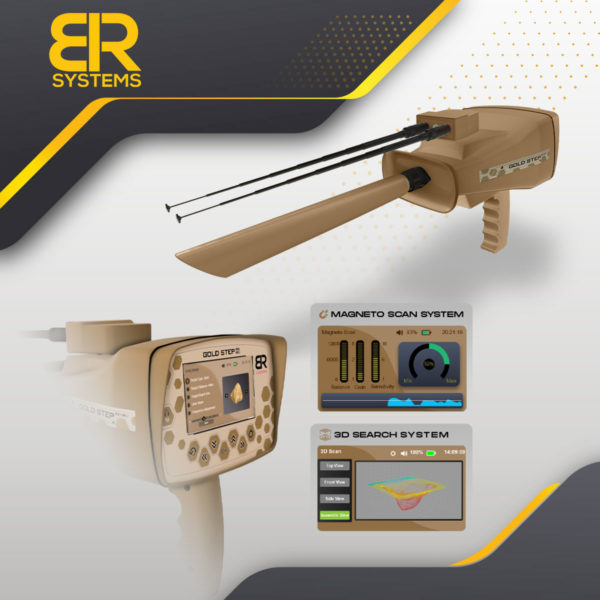 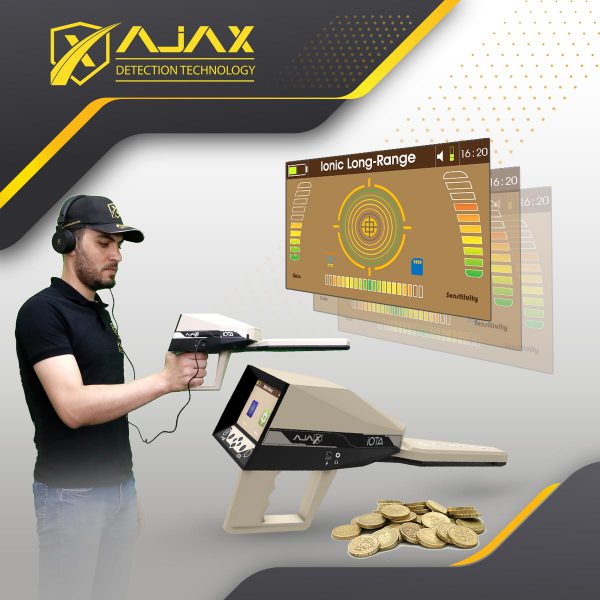 close
Start typing to see products you are looking for.
Scroll To Top